We saved the natural beaches for you

Natural but not wild

No such tiredness that this beauty can not recover. 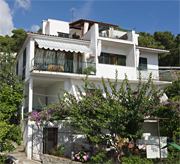 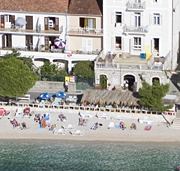 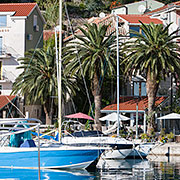 Podgora (population 1500) is situated 7 km south-east of Makarska. Its residents are engaged in agriculture (grapes, olives, figs), seafaring, fishing and tourism. It consists of older hamlets on slopes of Biokovo, which are weakly populated today, and the newer part next to the sea.

There are many springs of drinking water in the territory of Podgora and the medicinal salt water spring Klokun. It is attractive due to its natural beauties, wonderful gravel beaches and abundant greenery.

It became a settlement in the Middle Ages. At the time of Turkish breakthroughs, it became an important Venetian stronghold. The church of St. Tekla was erected on the medieval location Sutikla and it was first mentioned in the 18th century. In the graveyard, there are medieval tombstones and the monument dedicated to the writer and politician Mihovil Pavlinović (Podgora, 1831-1887), the work of Ivan Rendić. From the summer house of the Mrkušić family, which is entered among the leading examples of the Baroque architecture of the Makarska Littoral, the portal and the chapel have been preserved.

The monumental statue Seagull's Wings, raised in 1962, overlooks the port from the elevation above it.

The long touristic tradition of this place is also reflected in its numerous luxury hotels and the diverse tourist offer. Today, Podgora has two small ports: one in the former old "porto", and the in Čaklje.